We love seeing TWICE all together! 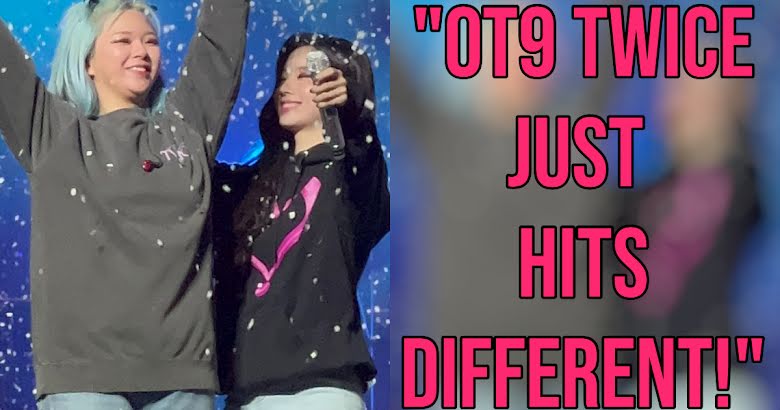 Finally, all 9 members of TWICE are touring the US together!

Back in 2019 during the TWICELIGHTS tour, Mina did not tour with the group due to a battle with anxiety. Although Mina was absent, the members and ONCE found ways to include her in the tour by leaving spaces for her in photos and by changing their lightsticks to Mina’s color.

They left a space for Mina while the photo was being captured 😭💕#TWICELIGHTSinLA #TWICE #NineOrNone pic.twitter.com/k1ATpQpuc4

Jeongyeon recently returned from her own hiatus, and ONCEs were curious about whether or not she would be participating in TWICE’s III tour. On February 15, TWICE kicked off their tour, and Jeongyeon performed with the group, which marked the beginning of TWICE’s first OT9 tour in the US.

Here are 10+ ONCE reactions to the triumphant start of TWICE’s first-ever OT9 US tour!

1. The TWICE members are prettiest when they’re all together

2. The choreography looks so great with all 9 members

3. Shoutout to the lucky ONCEs who saw the first OT9 performance of “Cry for Me”

Imagine being this lucky!

THIS IS THE FIRST OT9 PERFORMANCE OF CRY FOR ME #TWICEINLA#TWICE_4TH_WORLD_TOUR pic.twitter.com/5JBSDZlw3n

4. We are so happy to see Jeongyeon back on stage again

We couldn’t be prouder of Jeongyeon!

“Fancy,” you will always be iconic!

NO GAP OT9 FANCY I USED TO PRAY FOR TIMES LIKE THIS pic.twitter.com/AMCMSTCQSD

6. Did we mention how proud we are of Jeongyeon?

She is so loved by ONCEs and the members! We’re so glad to see her performing again!

WE ARE VERY PROUD OF YOU, YOO JEONGYEON! 💚

I want to hug you with lots of love.

7. This tour was definitely worth the wait

TWICE absolutely killed it on opening night, and we can’t wait to see what they’ve got in store for us on the rest of the tour!

Thank you #TWICE for an amazing evening. Memories to last a lifetime. I still can't believe I got to see OT9 perform all the songs we missed during the past 2+ years. I will always support #트와이스 and this incredible fanbase. #TWICE_4TH_WORLD_TOUR 🤟 pic.twitter.com/Wxph92zjY0

The vocals! We have no choice but to stan!

9. They’re all so beautiful

10. We can’t thank TWICE enough for their hard work

All the members give so much to their fans!

Thank you for today's "wonderful day".

I hope you can continue to walk healthy and happily.🦖🦖 pic.twitter.com/lUUt7RcC9m

It’s so great to see them all together! 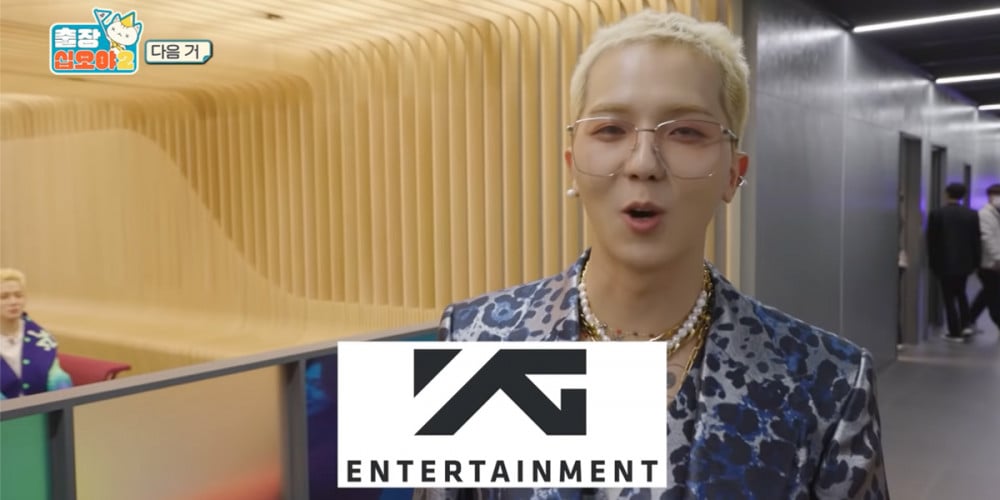 On the latest episode of ‘Game Caterers’ aired on February 18, Na Young Suk PD and his crew visited the tvN building, playing games with his fellow head PDs at tvN. Then, at the end of episode 6-2, a familiar face appeared to introduce the company that has requested the next ‘Game Catering’!

First, WINNER’s Song Min Ho revealed that he was standing in his “homeground”, YG Entertainment. Next, the teaser shared a glimpse of next week’s guest lineup, including TREASURE’s Hyunsuk and Jihoon, iKON’s Song Yun Hyeong and Kim Jin Hwan, and WINNER’s Kim Jin Woo and Song Min Ho! 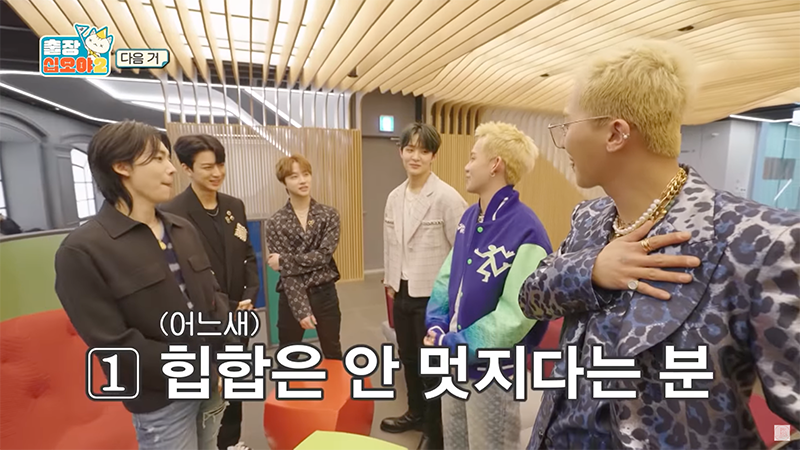 Furthermore, the YGE idols stated that a few other “incredible” people would be making appearances as well. TREASURE’s Hyunsuk hinted about the first hidden guest, “He says that hip-hop is no longer cool,” to which many fans guessed AKMU‘s Chanhyuk. For the hint about the second hidden guest, the YGE idols commented, “[They are] always shining,” while following the point choreography for BLACKPINK Jennie’s “Solo“. 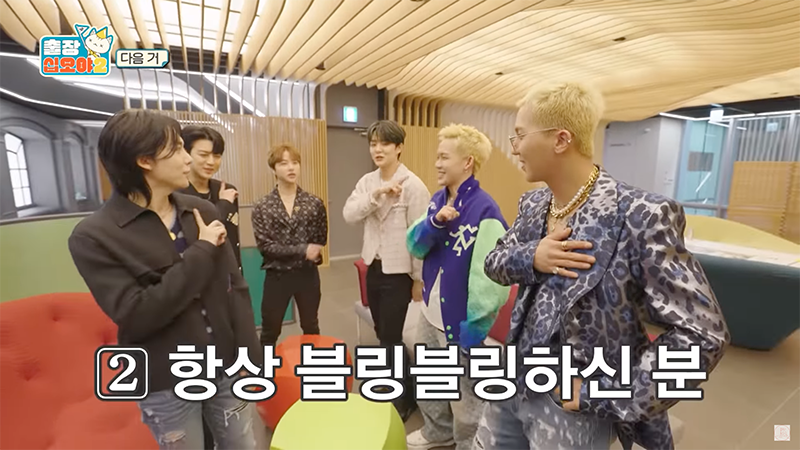 Last but not least, ‘Game Caterers’ also included a photo of Sechskies‘s Eun Ji Won with the caption, “+This person who is getting his hair done at the shop is also coming.” 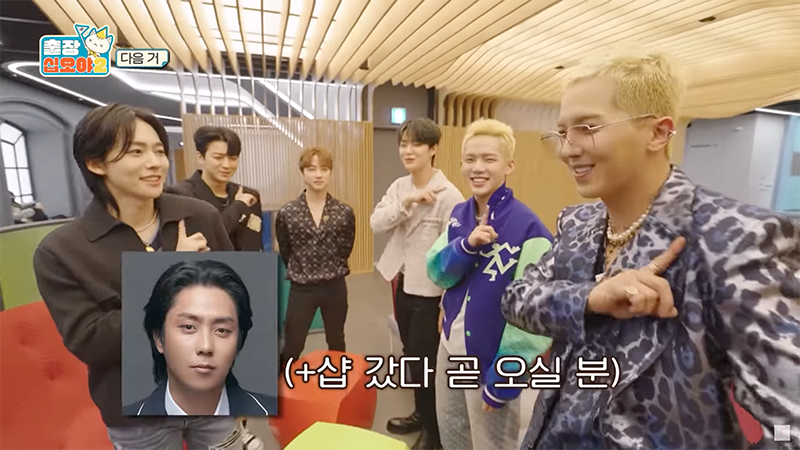 Check out the teaser for next week’s ‘Game Caterers’, below!